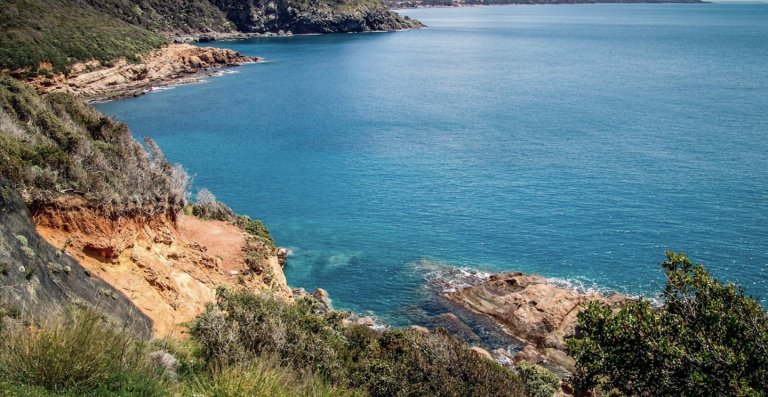 The Romito coastline is considered one of the most beautiful stretches of coastline in Tuscany, due to its scenic wonders. It bigins south of Antignano,
a seaside resort at the base of Montenero hill. Breathtaking views follow one
another along the Aurelia state road, which runs all along the coast as far as
Quercianella, in a contrast of colors that mingle until they come together on the horizon line.

The high, steep coastline is interspersed with ancient buildings, old watchtowers and coastal castles that recall an ancient defense system that stretched from Ardenza to Piombino. From Castel Boccale to the Torre di Calafuria, as far as Castel Sonnino, we follow the stretch of coastline which was the setting for Dino Risi’s 1962 film “Il Sorpasso” (The Easy Life), where that Lancia Aurelia shot at full speed met its tragic end on a curve in the Romito coastline, making this place of inestimable beauty eternal and unforgettable.