Livorno: experiences to live all year around 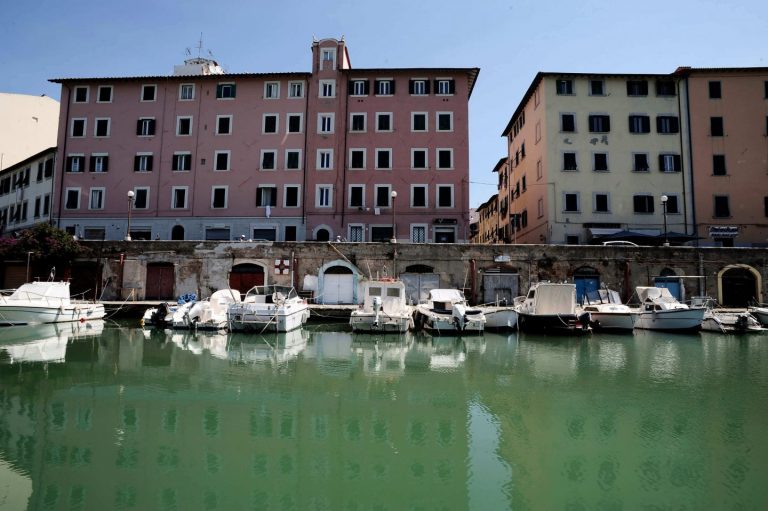 Livorno, the most maritime of Tuscan cities, rises between the green of Tuscan hills and the blue Mediterranean Sea.

Rich in history, culture and events that bring ancient traditions back to life, Livorno offers a wide range of experiences to practice all seasons of the year: from various types of beaches along the coast, where to breathe the scent of the sea; to excursions through the Mediterranean scrub; up to the discovery of local flavors and traditions.

Strolling around the city of Livorno, when the crisp spring air blows, will be delightful; so: take a walk along the canals of the historic center, relax in the gardens of the Fortezza Nuova or just admire the splendid sunset on the Mascagni terrace.

In springtime Livorno is full of events, which start in April with the Naval Academy Trophy, on the occasion about 500 sailors from all over the world take part to this sailing competition. In May, Santa Giulia, patron saint of the city, is celebrated with the parade and the traditional religious procession, displaying the relics of the Saint. Finally, the Sagra del Baccello (Pod Festival), which boasts a history of over a century and is held in the Salviano district, one of the oldest districts.

This is the best season for excursions and trekking along the many itineraries that start from the city: from the path of Santa Giulia, connecting Livorno to Brescia, to the Via dei Navicelli path, which from Leghorn reaches Pisa, up to the Cammino dei Tirreni, named for its parallel development with the Tyrrhenian Sea. Also, not to be missed is a walk in the wild Monti Livornesi Park, and a visit to the Leopoldine Aqueduct, along a 15 km stretch, which can also be traveled by bicycle.

Finally, the Strada del Romito is unmissable and suggestive, which runs along the entire coast from the Livorno district of ​​Antignano to Quercianella: an evocative experience among the scents of wild plants and brackish air. Here you can also take the opportunity to enjoy a dinner in one of the restaurants on the coast.

It is precisely the Romito cliff that forms the background on summer days in Livorno: a tourist popular destination from which you can reach the beautiful beaches of Calafuria, Cala del Leone, Sonnino and Calignaia, and thus enjoy the crystal-clear sea. Here it is possible to practice snorkeling, surfing, sup and underwater fishing.

And if the summer heat makes itself felt, the city’s museums are ready to welcome adults and children: from the Fattori Museum to the Aquarium of Livorno.

There are also many events that take place in the summer months, as a symbol of the strong link between the city and the sea: the Gare Remiere, an unmissable moment for Livorno citizens, culminating in the Palio Remiero where the various districts of the city compete in the open sea. There are also numerous cultural events, first of all the Effetto Venezia, one of the most popular events on the Tuscan summer scene, held in the charming district of Venezia Nuova. Fans of classical music and theater will be able to follow the Music and Theater under the Stars review, in the Old and New Fortress.

Fall has always been synonymous with harvest and it is no coincidence that in Livorno the return from holidays coincides with the Grape Festival, one of the oldest neighborhood festivals in the city, in the Collinaia district. The autumnal gastronomic event par excellence in Livorno, however, is the Cacciucco Pride: an excellent opportunity to taste the symbolic dish of Livorno culinary tradition, the Cacciucco.

Fall is also the perfect season for a boat tour of the city, with the tour of the Fossi, the characteristic canals, calling to mind the city of Venice. An experience not to be missed for those who want to get to know the city from an unusual perspective.

In November, sports enthusiasts can run the Livorno City Marathon, an event that attracts both Italian champions and competitors from all over the world. Finally, this is the beginning of the Opera Season, organized by the Carlo Goldoni Theater Foundation of the City of Livorno.

There are many activities to practice throughout the year in the municipality of Livorno, so the winter season can be dedicated to visiting the city and its surroundings in its symbolic places.

You can visit the Giovanni Fattori Museum, which collects works by important Livorno artists, the City Museum, dedicated to contemporary art and the Natural History Museum. Absolutely to see the Mascagni Terrace, the Old Fortress and the New Fortress. On a clear day it is possible to climb up to the Sanctuary of the Madonna di Montenero, an important place of worship from which you can enjoy a splendid view of the city and the coast.

If you feel nostalgic for the sea, the fascinating Aquarium will capture your attention. A magical and interactive environment where you can discover over 3000 specimens of 400 different marine species, a spectacular experience suitable for all ages.

Finally, in December, the alleys of the center come to life with the Magenta in Strada, a small craft fair, while inside the nineteenth-century Central Market, called the Vettovaglie market, you can always appreciate all the local food and wine products, in a riot of flavors. 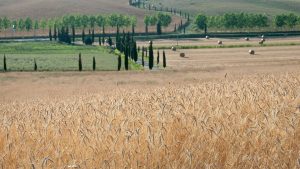 Collesalvetti: slow tourism all year around 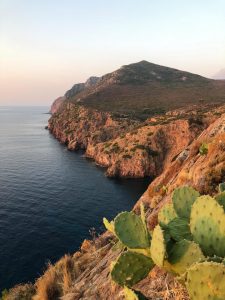 The beauty of Capraia Island in all seasons