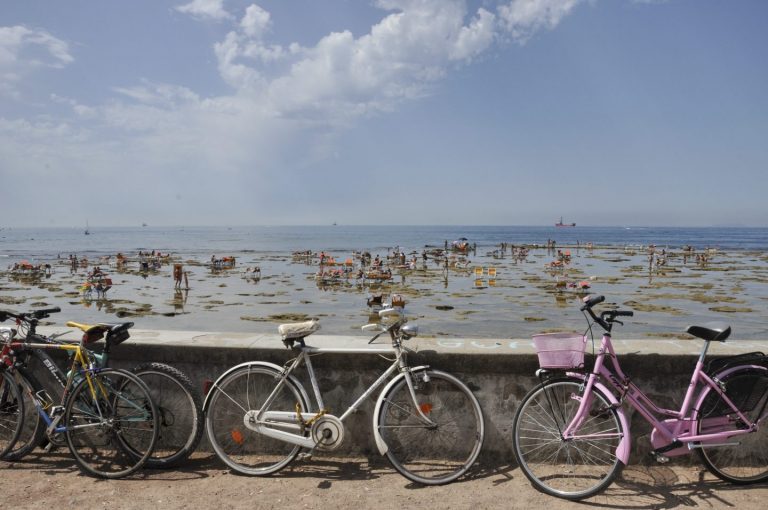 Livorno‘s waterfront is a splendid promenade that runs from the industrial
port, for several kilometers along the coast, to the rocks of Antignano. The
promenade was designed in the first half of the 19th century, on the model of the
Chiaia promenade in Naples and the Promenade des Anglais in Nice, along the
ancient Via dei Cavalleggeri, which connected the defensive coastal towers. Nowadays the place is very busy: a zigzag through bicycles, prams and
runners,  curious people dressed in unusual ways, vendors, solo, or arm-in-arm
walkers. On one side is the sea, partly hidden by thick vegetation, and on the other are the imposing and elegant 19th-century buildings, lit up by the sun’s rays until sunset.

Meeting the Livorno waterfront is a glimpse into the people of Livorno, who come here as a sign of belonging. A must for anyone wanting to get to know the city and its inhabitants.