Monument of the Four Moors 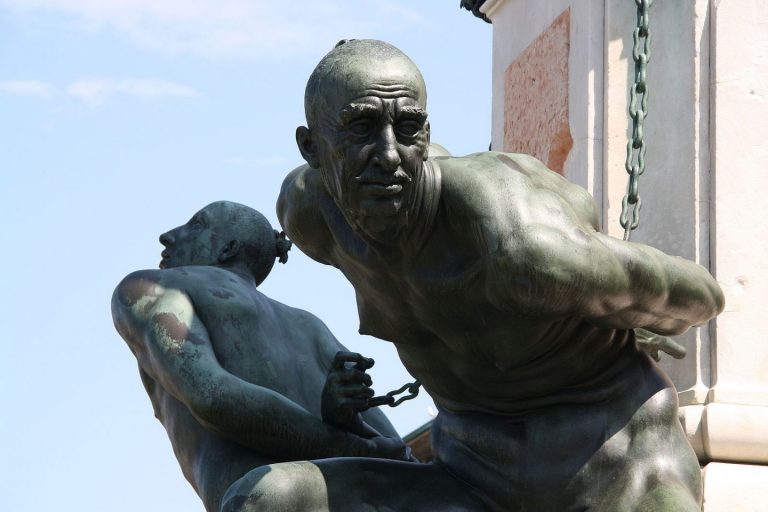 The monument of the Four Moors, or monument to Ferdinand I, is undoubtedly
the most famous  monument of Livorno. It is located in Piazza Micheli, and was erected in 1607 in honour of Grand Duke Ferdinand I, who came to power in 1587, and is considered the founder of the city. The work, begun in 1595, is by Giovanni Bandini and depicts the Grand Duke in the uniform of Grand Master of the Knights of St Stephen (a military institution founded by Cosimo I de’ Medici to fight the Ottomans in the Mediterranean Sea). It owes its name to the four bronze statues of chained Moors made by Pietro Tacca, and added to the base in 1626. Pietro Tacca used as models some of the Moors held in the Bagno dei Forzati, the vast prison located a short distance from the Old Fortress. The models were chosen to represent the four ages of human life, and are of different ethnicities, all with expressions of subdued psychological pain and resignation.

The monument was supposed to be completed by two fountains with sea monsters, made by Tacca around the 1730s, which never reached Livorno, but were placed in Piazza della Santissima Annunziata in Florence.