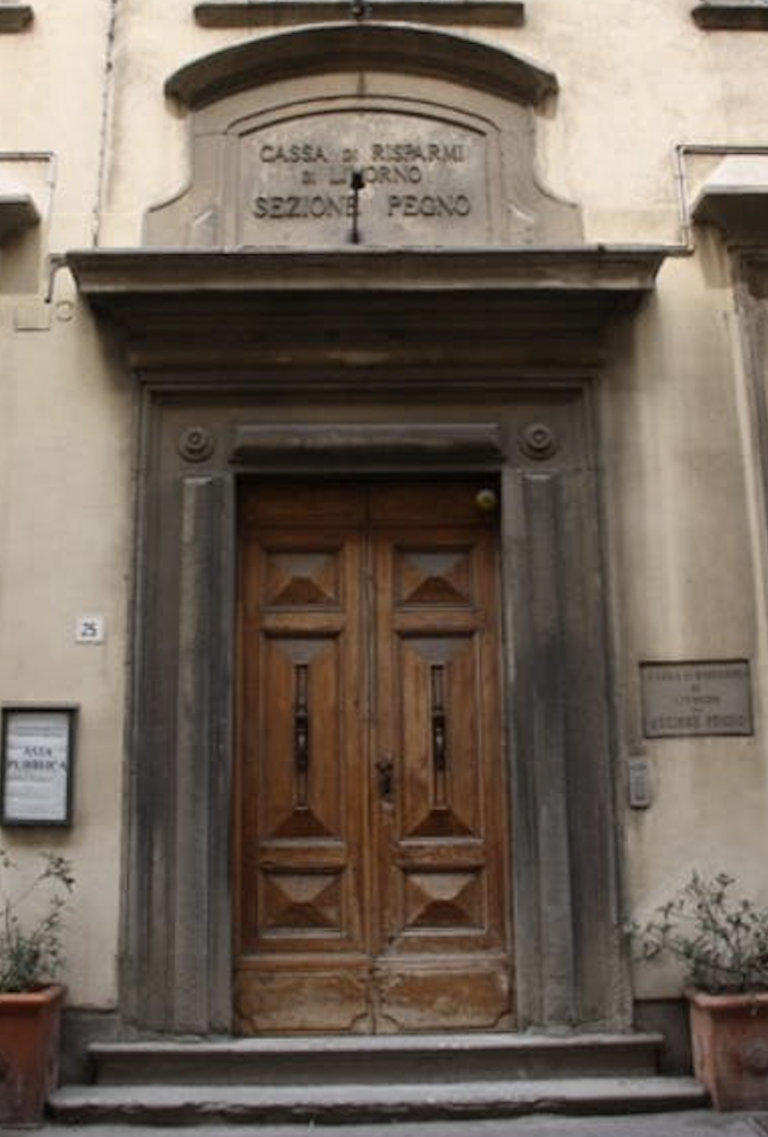 The Palazzo del Monte di Pietà is located in Via Borra, an elegant
and prestigious street in the heart of the charming Venezia Nuova district.

The district, founded in the 17th century, stands on the area of the
New Fortress, which was to be dismantled to make way for new urban settlements. The renovation works lead to the creation of Via Borra, along which the major merchant buildings of 18th-century Livorno were built. It was in this street, at number 25, that the new headquarters of the Monte di Pietà were built, between 1701 and 1710, to a design by Giuliano Ciaccheri. The Monte di Pietà (Mount of Piety) institution had been present in Livorno since 1599, when Ferdinando I de’ Medici had agreed to the opening of a loan office in Via della Coroncina, which later became the Monte.

At the end of the 19th century, some renovation work began and, in 1912, the adjacent Palazzo delle Colonne di Marmo was annexed to the Monte di Pietà. The façade of the palace is characterized by three rows of windows framed by elegant cornices. The entrance door, in the centre of the façade, is also decorated with a cornice surmounted by a plaque with an epigraph. Inside there is an atrium, with a barrel-vaulted ceiling, where the various rooms and the staircase to the upper floors face – while a door leads to the central courtyard. Two underground storerooms connect the palace directly with the canal behind.