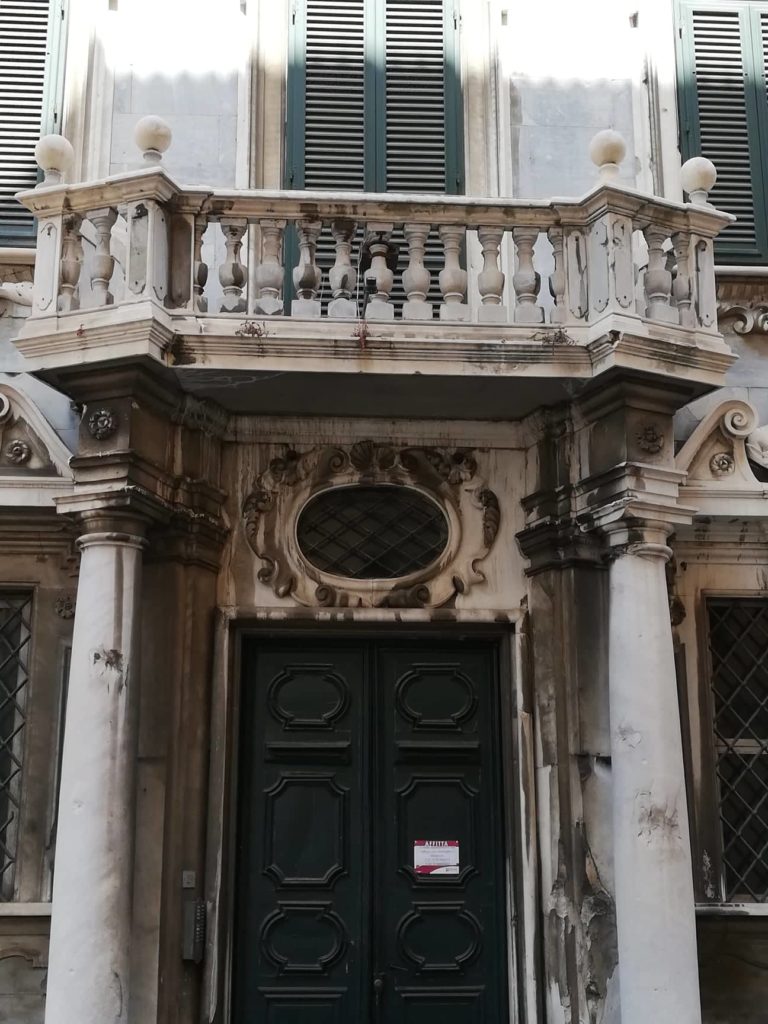 The exquisite Palazzo delle Colonne di marmo (Marble column palace) is located in Via Borra, at number
29, in the heart of the charming Venezia Nuova district. Undoubtedly one of the most elegant palaces in the district, it owes its name to the presence of two Carrara marble columns on either side of the main door. It was built around 1703 to a design by Giovan Battista Foggini for the Gamberini family, when many of the wealthiest merchants of the time
decided to build their residences right in via Borra, which had been created as a result of the urban redevelopment following the reduction of the New Fortress. The building was quickly
completed, but in the following century some important changes were made and the palace was raised by one floor.

In 1912 the building, owned by the Bicchierai family since 1718, was sold
to the Monte di Pietà, whose offices were in the adjacent building. In the past it also housed the State Archives.

The beautiful Baroque façade, with two marble columns on either side of the main door –  embellished with graceful pediments and statues of the four seasons – is undoubtedly the most characteristic and fascinating element of the palace.