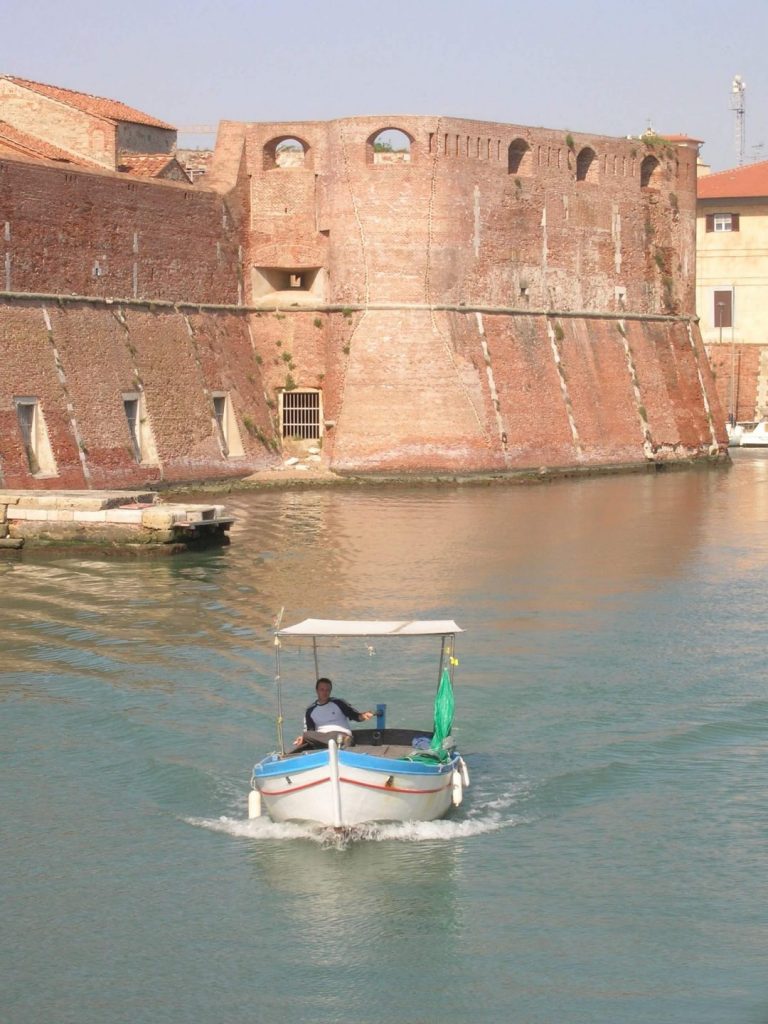 The entrance to the Medici Port is from Piazza Micheli, where there is the
monument to Ferdinand I, known as the Four Moors. After the bridge, follow the the Molo Mediceo road to the tip
of the Molo Cosimo (named after Grand Duke Cosimo II, who completed it in 1620).
Here are the remains of the fort that dominated the entrance to the port.
Beyond the dock, lies the harbour, a vast basin protected, on the front, by the imposing Curvilinear Dam (1150 m) which continues into the Meloria Dam.

To the north, the entrance to the industrial canal is bordered by the
Marzocco Dam, which takes its name from the Marzocco tower, erected, in
1439, by the Florentines on the ruins of the Pisan Red Tower. Between the Molo Mediceo
and the Curvilinear Dam, the Fanale tower, built in 14th century, and rebuilt after the Second World War, stands on a small rock. At its base are the remains of
the Lazaretto, one of the first in Europe, built in 1582 by Francesco de’ Medici.

An enchanting and peaceful place, where you can walk or rest to admire the
seascape, the Medici Port is now a tourist attraction — the
ferries to the islands of the Tuscan Archipelago depart from here.