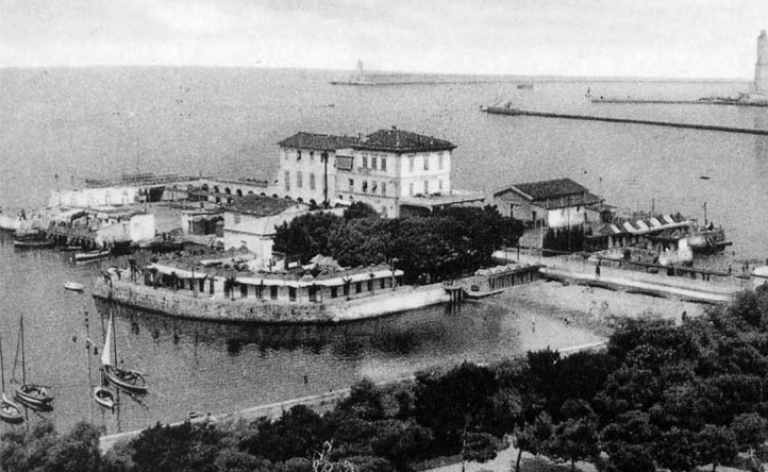 The Scoglio della Regina (Queen’s Rock) is so called becasue it was the favorite place of Queen Maria Luisa of Etruria,
who used to spend her time here in the early 1800s. To avoid the crowds,  the queen had a natural pool dug, fed by sea water. Later, one of the city’s
beach resorts was built in this place, first called Bagno
Squarci (name of its builder) and then Scoglio della Regina.

During the 19th century, the beach resort contributed to making Livorno’s waterfront one of the most popular and prestigious summer tourist
destinations in Europe.

It currently houses a technological and
research center. Today, it is still an enchanting and fascinating place, with a breathtaking view of the Capraia and Gorgona islands.
We suggest a visit in the evening, as the sunsets over the sea are spectacular.