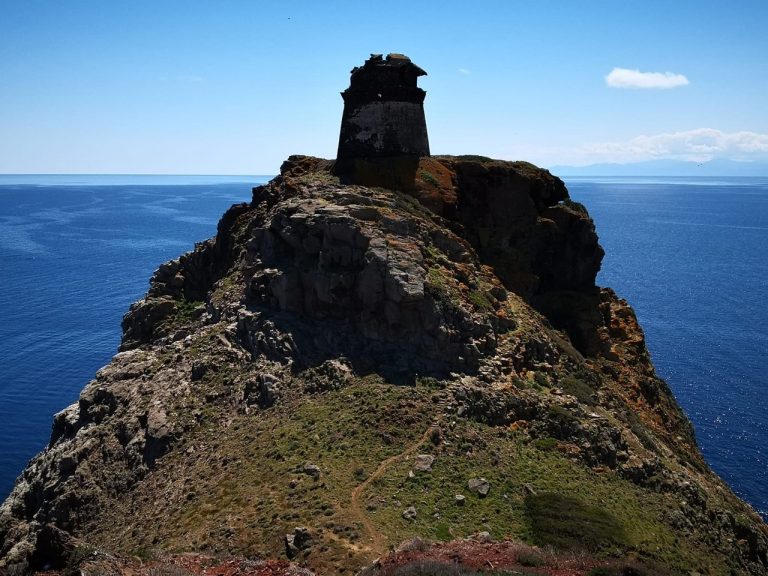 The Zenobito Tower is
one of the four coastal towers of the Capraia. It was built in 1545,
with volcanic stones extracted from a nearby quarry, by the Genoese, to guard the coast from pirate raids. The tower has a circular base and dominates the suggestive Cala Rossa.

The tower, made of red stone, just like Cala Rossa, has three floors, with a mezzanine inside. A large lava stone fireplace dominates the main hall. The entrance door is halfway up the tower, for better defence against attackers.

The Zenobito can be reached by land via two paths: one along the coast, called “The Lost Zenobito Path”, and one through the interior, which runs across the whole island, passing by Mount Arpagna. Both are quite demanding.

At present, the last section of the path to the tower is closed.